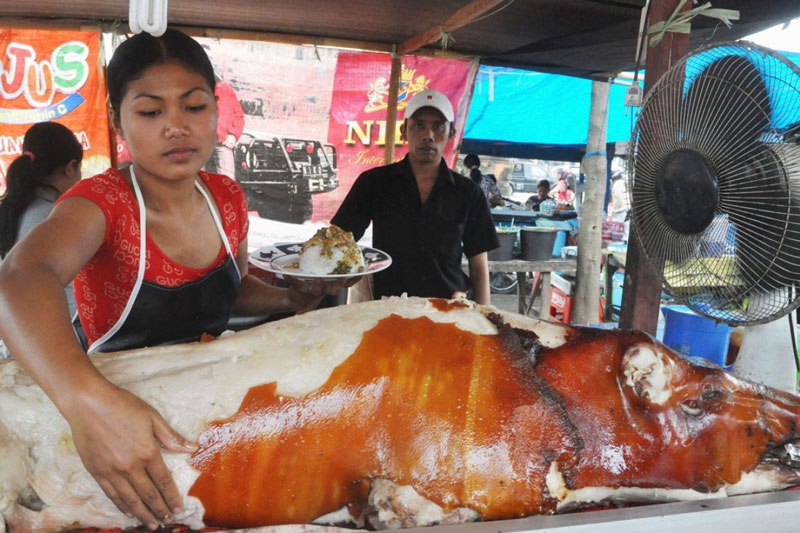 The ban was intended to prevent the African Swine Fever (ASF) or African Pig Fever from spreading. “We forbid tourists to bring food that is made from pork to enter Bali,” said the Head of the Bali Livestock and Animal Health Board, I Wayan Mardiana, to tribunnews.com on Tuesday.

He also asked the airlines to immediately eliminate passenger food leftovers. “The food leftovers must not be disposed of here, especially to rubbish landfills,” he added.

According to Mardiana, they have discussed the issue with the airport authorities, airlines, the Bali branch of Indonesian Hotel and Restaurant Association (PHRI) and the local association of pig farmers.

He explained that Bali is currently investigating the ASF threat and he claimed that his department has inspected several pig farms around the island. They took samples which were sent to a laboratory to be examined and the report confirmed that there wasn’t any ASF in these farms in Bali yet.

“So, I want to clarify that until now Bali is still safe from ASF,” he explained. Even so, he advised the community to pay attention to this ASF issue. He also advised the pig farmers to temporarily stop taking food leftovers from hotels, restaurants and catering services to feed their animals.